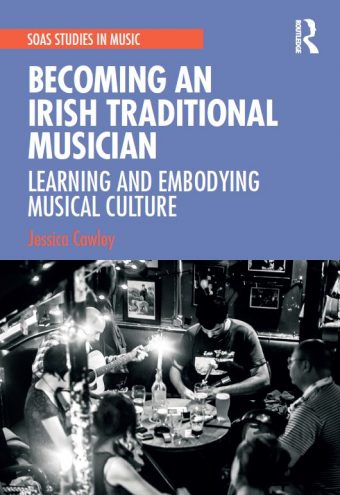 On Friday 2nd October 2020, our own Jessie Cawley launched her brand-new book! Titled Becoming an Irish Traditional Musician, the launch was held at Cork City Library on Grand Parade, and was live-streamed to audiences on Youtube and Facebook as part of Cork Folk Festival. The full event, which also included performances of tunes with musicians Patrick Egan, Lisa O’Sullivan and Seamus Sands, is available to watch on Youtube. 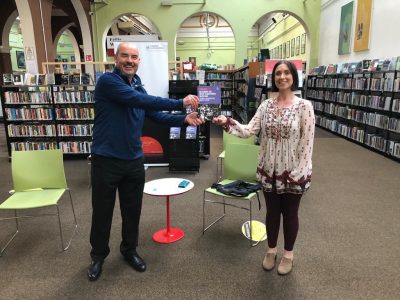 Born and raised in New Hampshire, the book captures Jessie’s unique journey as she immersed herself in the Irish music tradition in Cork City and beyond. She conducted field research throughout Ireland, and interviewed some exceptional traditional musicians, including Matt Cranitch, Martin Hayes, and Mary Bergin. The completed volume is the culmination of Jessie’s PhD and Post-doctoral research at University College Cork.

Jessie Cawley is the founder of Creative Tradition, and since 2012 has been a cornerstone of all things trad for MGCC! We asked Jessie if she had any advice for young traditional musicians during lockdown, and below is her response:

Mind yourselves, and do what you need to do to be healthy and well during this time. Don’t worry too much about missing music and not progressing. Keep playing and listening if you can. I know it’s so hard, but ‘the tradition’ has been here for us for hundreds of years and it will remain after this too. We will get back to the tunes, our friends, sessions, festivals, Fleadh, and all the other fun bits again soon!