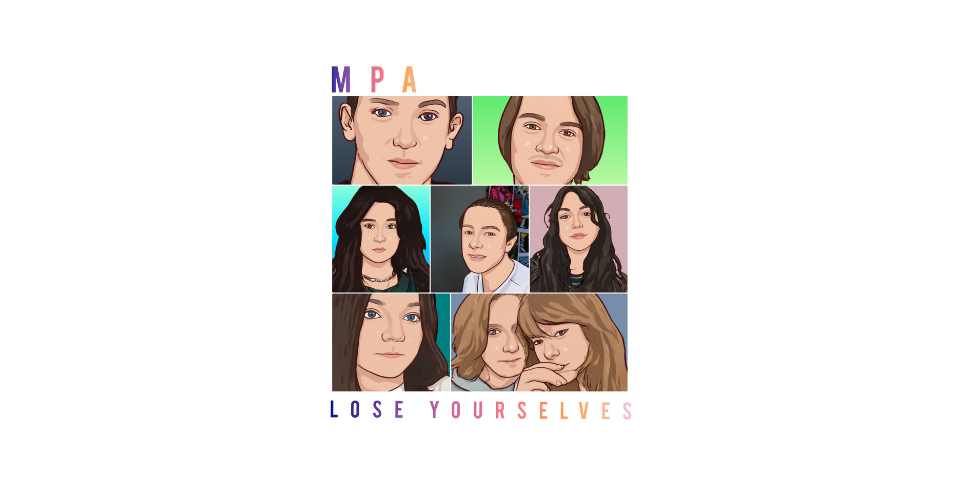 This Friday, 6th August 2021, the wonderfully talented young people of Mahon Community Pop Academy (an initiative of Music Generation Cork City in partnership with Cork Academy of Music) release their debut single ‘Lose Yourselves in Hope’.

This uplifting original song shares a meaningful positive message of hope and friendship, with all music and lyrics written by the group members themselves, who are all aged between 14 and 17 years. The band members are:

In recent months, they have come together online every Wednesday afternoon to compose and collaborate using Zoom and Soundtrap.  These Wednesday workshops have been facilitated by their fantastic musician-educators from Music Generation Cork City and Cork Academy of Music:

The group also filmed and directed their own music video for the song, which features each of the young musicians performing, and conveys the vibrant message of hope through its overall theme of nature and friendship.

The Mahon Community Pop Academy is a joint initiative between Music Generation Cork City and Cork Academy of Music, providing music tuition for children and young people in a range of instruments, including guitar, bass guitar, keyboard, drums, and saxophone, as well as vocals/singing.

Prior to running their weekly online sessions via Zoom, MCPA rehearsed at Nagle Community College, and look forward to returning there when restrictions lift. The academy in its current form was established in 2018, having evolved from the weekly after-school community music programme held at Gaelscoil Mhachan.

The new single ‘Lose Yourselves in Hope’ is here!

And listen here on SoundCloud: