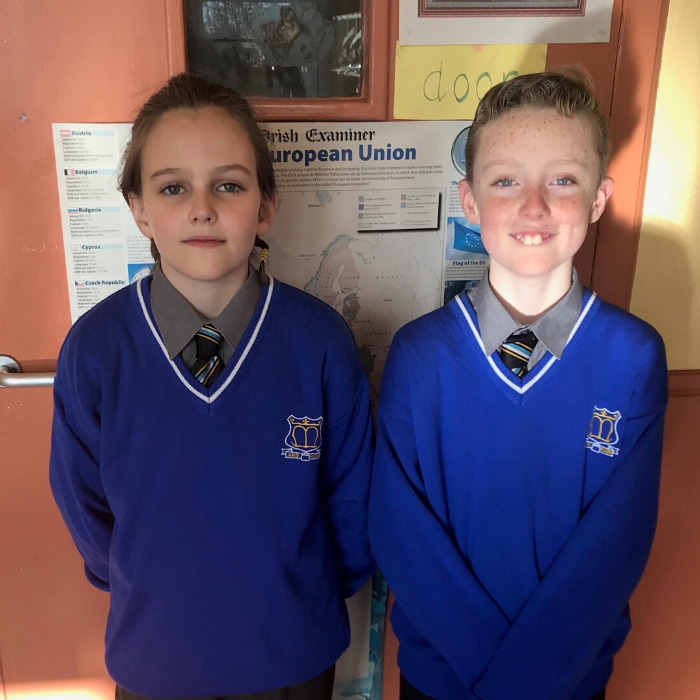 Adam Kelleher and Fionn Kingston are students of Scoil Mhuire Fatima in the North Mon and are in 5th and 6th class respectively. They are students of a wonderful traditional music programme available in the school through Music Generation Cork City in partnership with Cork Academy of Music. In a break from the norm, the boys decided to do the interview together!

Fionn: “I play the flute. First time I saw the flute I thought it was a really cool instrument and I really liked how it sounded. When I was in 2nd class I once heard a solo of the flute and thought I’d really like to play it. I’ve been learning to play it now since 3rd class.”

Adam: “I play the fiddle. I choose the fiddle because I heard my uncle playing it once and he is the one who tried to get me to play it. There’s music in the family and my uncle is a very good fiddle player. I’ve been playing since 3rd class – once you get the hang of it, it’s easy. We are both at a level where we can go out and play now.”

Fionn – “The music we play is mostly trad and folk. That’s why the flute is a trad flute and not a classical one. There are some great tunes that we play. One of my favourites is Bill Harte’s Jig. I also like Roddy McCorley. When you play, it’s relaxing.”

Adam – “One of my favourites is The Foggy Dew. Bill Harte’s jig as well. When we heard that we could learn music at school, I was worried about the music teacher, that they might be roaring at us. But with Jason, our tutor, it’s really very good and no, he doesn’t do any roaring!”

Fionn – “We have done a good few performances at this stage. Once we went out to Fota Island to perform. It was for the Edmund Rice commemoration and there were loads of people at it. We were excited to do it.”

Adam – “Our school Grúpa Cheoil was at it also. In that group there are other instruments too, like concertinas, accordians and mandolins. Me and Fionn did Bill Harte’s Jig and Foggy Dew for it. I had some nerves, but I was mostly excited to be playing and so just went out and did it. Last week, we did a Christmas concert in Blackpool Shopping Centre for the school fundraiser. It went very well.”

Fionn – “If you want to learn an instrument I would tell someone to go for what they want. It is worth it! Once you start playing, you get a lot of experience, which is good for your confidence, because you are playing around a lot of people.”

Adam – “My advice to someone starting is just try it – if you don’t like it, then don’t do it. But I think it’s fun!”