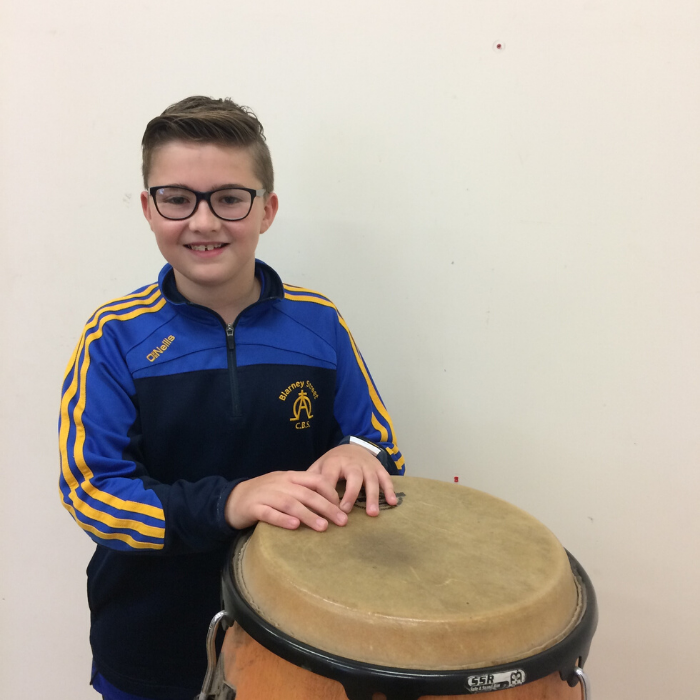 MGCC September Kidzone feature, in partnership with the Echo.

I like to sing a lot, and I do piano and drums in The Hut. I know how to do a few songs, like firework on the piano, and the beat to chim chimney on the drums. I’m in a band called ‘BLAR’, it’s all our names together. There’s Luke who is my best friend and goes to the same school (Blarney Street CBS), and then there’s Amy. Both Luke and Amy do karate too, so I know her from that. And the ‘R’ is for Rory (music tutor Rory McGovern). We’ve played two concerts at The Hut and it was fun!

I have a piano at home so I play that. And I have a microphone and a microphone stand, so I like singing songs.

I came 2nd in our school’s ‘Got Talent’, singing ‘This is Me’. Since then, my teachers have gotten me in to loads of stuff. This year I might sing an original song called ‘Wonderland’. It’s about kind of like a dreamy land and stuff. I wrote it with a band at a summer camp at CIT Cork School of Music.

I was on the radio before, on Red FM. My school got me into it, and I sang a few songs with my music teacher Ms. Griffin. It was fun. Our class is in the brass band too in school, and I play the cornet.

My brother Craig is 17 and he used to do music in The Hut too. He played guitar. My family love music. My mom is really nice, and I love that they know about the music and everything, so they can help me, and give some advice and stuff, which is good.

I like songs that tell a story.  It’s good to write songs about what’s happening around you, or just any stories you have or anything.

I feel really good when I play music. It’s fun, like I just feel really good doing it. It’s like there’s all nerves coming up to it, but then when you’re playing, all the nervous stuff goes away, and you’re just in the moment and it’s really nice, to kinda look around and sing and play. It’s really good.

I don’t know what I wanna do when I’m older, but I’m into music and acting and stuff. I do acting in graffiti. There’s a course in UCC like musical theatre so that’s kind of what I’m aiming for.