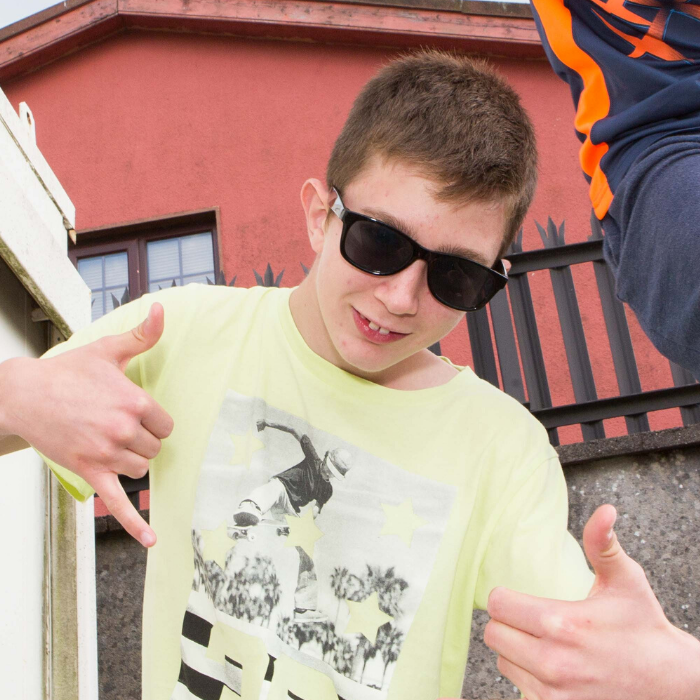 Cathal O'Brien Regan (age 14) has been involved with GMCBeats workshops, The Kabin Studio and Youth Work Ireland Cork (at The Hut) since he was in 2nd class as part of Music Generation Cork City. He will be taking part in Rap-a-Mile, where a group of young rappers will be taking to the streets of Cork in a Rapathon this Friday as part of May-Hum festival 2017.

I’ve been involved with Garry McCarthy’s (GMC) workshops at The Hut and the Kabin in Knocknaheeny since I was in 2nd class. There is a recording studio in Knocknaheeny, where we do production workshops. At the hut we write verses and work on our performances. There is also a band workshop with Rory McGovern, which I’m involved in too.

‘Communion Money’ was the first track we recorded. We also recorded the Santa Anthems about four years ago and were invited to perform on RTE’s Late Late Toy show. We were all very nervous going up, but we smashed it! It was amazing to do and although we came home, feeling really tired, it was a lot of fun.

Last year, we were shortlisted for the Junior Eurovision Ireland with our track ‘Is Maith Liom É’ a rap we performed as Gaelige. It was an amazing experience. We got through to the auditions where we went on to perform at the RTE studios in Dublin.

I’ve performed a few gigs around Cork. This Friday, we’ll be taking part in Feel Good Friday as part of the Music Generation Cork City May-Hum festival. There will be a stage set up outside the Electric on Grand Parade, where there will be a mix of music and rapping. We’ll also be doing the Rap-A-Mile, where we walk around town taking it in turns to do our verses. There’s a good few of us going around the city and we have a trolley with a PA system set up. We did it for the first time last year. We got a great reaction from people stopping in the streets to listen. I actually prefer this way of performing. It’s a lot different to performing on the stage. When you’re performing on the stage, it’s very separate and you’re above the crowd looking down on them. I believe it works much better performing and mingling with the people at the same time.