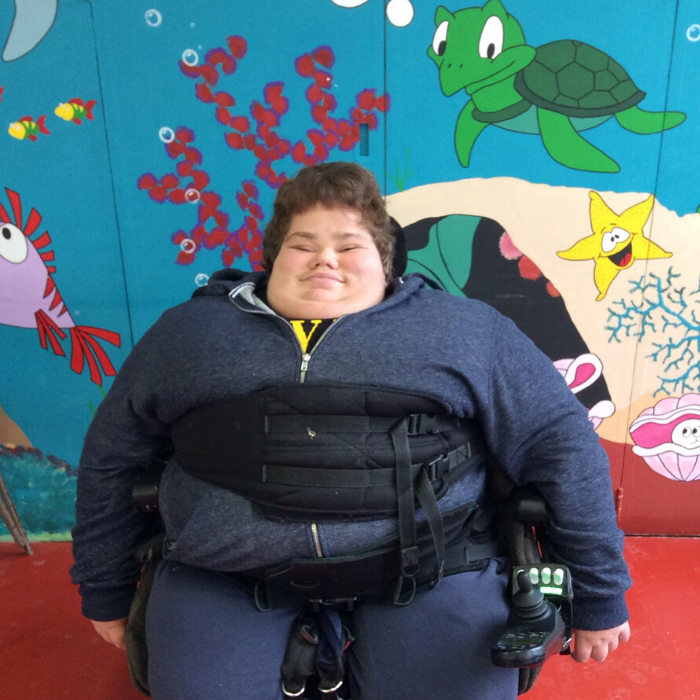 Cathal O’Neill, age 14, learns music through SoundOUT in partnership with Music Generation Cork City, at School of the Divine Child. He is a singer and plays the magic flute (an electronic wind instrument) and the harp.

When I first started music in school, I played the magic flute, and then I played the harp and learned songs like ‘hot cross buns’, which is so good.

The magic flute is oval shaped, and when you blow into it,  it can make high or low sounds, depending on whether you are moving your head up or down.

At first it was difficult to play, but then it got easier and easier with more practise.  I used to play it in the group, but now I sing. Jack C plays piano and Siobhan plays the magic flute.

We usually do concerts in the middle of June, and we’ve performed for the whole school! We did Chandelier by Sia, because I’m a fan of hers. We’ll have a concert next June, but I’m not gonna give it away or anything about what we’ll be doing, That will be a surprise!

I do music in school with Mr. O’Reilly, and on Thursdays I do music in the prefab with SoundOUT. There’s Rory, Clodagh, Leah and Grainne. I’ve known Grainne since I first started a few years ago. We make our own music. I’m a bit into rock music, so there’d be a rock vibe.

I do drama too, in a place called The Crann Centre. There’s a big group of us, of all different ages, and we’ll be doing a show, Alice in Wonderland, on December 30th.

My sister Ciara is a singer, and she sings with me. My Dad and me play songs together too, like Shawn Mendes ‘Stitches’ or ‘Treat You Better’. My Dad plays the guitar, and we’ve played songs at home together for as long as I can remember.

Music is really good to do with friends. We’ve been doing it for years, and it’s been challenging and difficult at times, but the more you do it the easier it gets.

When I was younger and first started singing, I couldn’t remember any of the words, but now I remember all of the words. It’s much easier now, compared to back then.